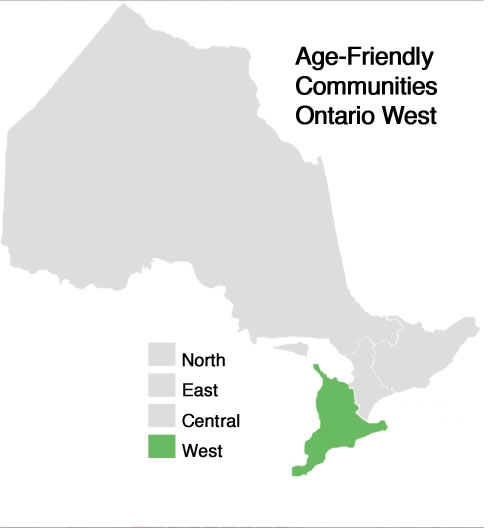 Both the City of Brantford – via the Healthy Aging Plan – and the Grand River Council on Aging (GRCOA) seek funding to plan and implement age-friendly projects. The Healthy Aging Plan has resulted in the City Council dedicated $100,000 in municipal funding to launch pilot projects to implement the municipal age-friendly plan. The City also secured funding from the Ministry of Seniors Affairs in 2017 to conduct a study to investigate barriers seniors face when voting in a municipal election.

The GRCOA has received funding from the Ontario Trillium Foundation, the Brant Community Foundation, City of Brantford Grants, County of Brant Operation Grants, and an Enterprise Brant start-up grant. They have not received New Horizon grants as they have not been eligible in the past. The GRCOA received Charitable Status in 2017 and tested out two fund-raising events, including TACO Fest, which will be their annual fund raiser.  As well, they plan to launch a charitable appeal campaign as they now can provide charitable receipts for individual donations. Covering staff expenses has been a noted challenge for the Grand River Council on Aging. Their municipal grants cover their insurance and office supplies. An in-kind arrangement with the Grand River Community Health Centre provides office space, telephone, internet, and meeting room space.

This profile was updated November 2020.

The Grand River Council on Aging has made a commitment to creating an age-friendly city a priority in partnership with the City of Brantford, the County of Brant, and Six Nations of the Grand River. As part of the community age-friendly planning process, the three communities held the Age-Friendly Community Summit Series, which resulted in the final Community Impact Report.

The Age-Friendly Plan was drafted in consultation with public input from over 700 older adults reached through thesummit series, focus groups, and surveys, and outlines tangible recommendations for the City of Brantford to maintain and enhance the quality of life for its aging population.

Milestones to date include:

The focus now is on launching new initiatives and evaluating their impact, including the following: